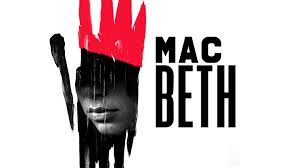 In what must surely be considered Seattle’s most innovative theater concept for 2018, adapter and director Erica Schmidt offers a mind blowing new take on Shakespeare’s Macbeth. In attempting to describe the indescribable effect this play is able to conjure, let me take a cue from those weird witches we meet in the opening of the show by mixing up a magical blend fit for a charmed cauldron. Stir together themes from Mean Girls, The Crucible and an all girl-Lord of the Flies and blend with the text of one of the Bard’s most famous and violent tragedies and you might approach the feelings generated from the opening night of the remarkable Mac Beth.

Schmidt casts the play with an ensemble of seven young women and sets the action in an abandoned urban lot at the end of a school day. The girls wear prep school uniforms and carry backpacks and cell phones. They enter the desolate setting, effectively created by scenic designer Catherine Cornell and immediately dive into lines from Macbeth. It is unsettling to hear the opening confrontation between Macbeth and the witches coming from the mouths of these performers. The young girls sound very much like young girls. Initially, the performance might resemble a middle school Shakespeare project.

The accomplished acting of the cast soon dispels any such notion. Each girl is totally committed to every line spoken on the stage. Most remarkable to me were the performances of Izabel Mar as Lady Macbeth, Tamsen Glaser as Banquo and Laakan McHardy as Witch 2; but really all seven girls were outstanding. They were focused, poised and wonderfully energetic, speaking Shakespeare’s lines with a convincing precision. You could light a city from the electricity emanating from the stage in this play. It was as if the classic lines from the script were born and heard anew when presented by this fresh-faced cast.

From the start of the play, the tragic hero is referred to as Mac Beth, as if Beth was a last name. We immediately realize that we are to understand this story in a very different way. Though Schmidt’s production rarely strays from the 1606 text, she employs a host of clever ideas that bring the tragedy right into the 21st century. Schmidt makes wonderful use of the aforementioned backpacks and cell phones. Macbeth sees “a dagger before her” as she feverishly sketches the drawing of a knife on a blank notebook page from her school binder.  Lady Macbeth first learns of Macbeth’s witches’ conference via a text message. Finally, the play features one of the most harrowing selfies imaginable!

In the program notes we learn that Schmidt drew her inspiration for her adaptation from disturbing news headlines she read about teen girls committing horrific acts of violence on their friends. Using Macbeth as a vehicle, she is able to harness the inexorable dread that permeates Shakespeare’s plot and propel it through the energy of adolescent girls on the cusp of womanhood. The manic nature of hastily drawn allegiances and devastating betrayals that can be part and parcel of this angst plagued age group serves as a perfect device to embody the portrayal of the complete abdication of an accepted moral code that is at the crux of the play’s tragedy.

The Rep wisely recommends the play for ages 16+. Though the peculiar juxtaposition incorporated by having such young performers present this weighty tragedy elicited some nervous laughter in the early scenes, the play’s relentless path toward violence and destruction turns very, very dark. It is hard to imagine a more unsettling Banquo’s ghost scene. And no punches are spared in the final violent battle between Macbeth and Macduff (Charlotte Scheiger and Klarissa Marie Robles doing outstanding work here.) The primal shocks inherent in the tragedy are vibrantly alive in this unique production.

In its 20-year history, this is the first time that the Rep has produced a Shakespeare play in the Leo K. Theatre. This knock out production, packaged in one 100-minute act, makes it well worth the wait. Mac Beth appears at the Seattle Repertory Theatre in the Seattle Center, through June 24th in an extended run.  For more ticket information go to www.seattlerep.org or call 206-443-2222.