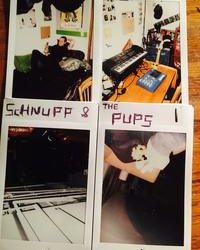 Maddie Downes, a Seattle-based actor and writer, is the principal of her latest comedic endeavor, “The Summer School Comedy Show: Facts, Figures & Funnies.” Downes enlists a series of “guest lecturers” to school her audience on the afterlife, childbirth, and everything in between.

The evening began with a warm welcome from the endearingly dorky principal Downes. Our music lesson was postponed to the end of the show due to technical difficulties music teacher Tyler Shnupp was experiencing. No problem. Principal Downes brings out her first guest lecturer, Ryan Casey, who gives the audience the lowdown on Hell. Casey proceeds to give the audience the basics of Hell’s living conditions such as whether it’s outside or inside, who lives there, how hot it is. He uses a PowerPoint of pictures and memes he created for reference which were reminiscent of the deepest and darkest areas of social media. Casey had several funny lines but overall, his “lecture” went on for too long.

Exit: Casey. Enter: three women and a watermelon. This improv group, formally known as “FEELINGS,” redeemed the show of its rough patches preceding their performance. They begin their performance with a lighthearted lesson on female empowerment involving audience participation. This theme carried throughout their performance in the form of funny anecdotes and social commentary on patriarchy and rape culture, all the while snacking on watermelon slices. Their improv became a little obscure at times however their distinct personalities, authenticity and humor continued throughout their entire performance. Their “lecture” also lasted a little too long but they did weave a lot of substance into their comical bits.

The night came to a very abrupt end and left me wishing we had seen more of Downes. Overall the show seemed as if it was aiming for a casual, laidback, atmosphere but this goal may have been overshot and landed them in half-assed territory. There was a general sense of unpreparedness in each performance however the performers felt genuine and were definitely doing their thing(s). For $12 per ticket, you’re getting what you paid for.