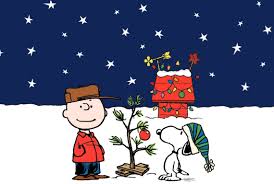 The Taproot Theatre is offering up a cute little stocking stuffer with its take on A Charlie Brown Christmas. The play recreates the warmth and good cheer Charles Schultz and director Bill Melendez first served up with their award winning half hour television special back in 1965.

It takes a bit of time to adjust to the strange rhythms of the script’s dialogue that often relies on the four-panel staging of the original Peanuts comic strips. The beats are very short and go right to the punch lines. The cast’s delivery of the show’s lines also seem odd at first, for all are presented in an emphatic, broad manner. However, as the play moves along, we become aware that we are simply immersed in the two-dimensional comic strip world of Charlie Brown and his cohorts. There are lot worse places to hang out during the Christmas season!

Charlie Brown must contend with a world of problems: he feels depressed during this festive season, he worries about the over-commercialization of Christmas, he’s been charged with directing the Christmas show and finally he seems to have blundered by bringing in the saddest little Christmas tree possible for the show’s set. Lucy’s psychiatry stand offers little hope and Snoopy is far too busy constructing his award winning holiday decorations for his doghouse.

The cast is uniformly strong and maintains the unique tone of Peanuts Land throughout. What a fun surprise to find Justin Huertas, fresh from his star turn as Lizard Boy, taking on the role of the wise young Linus. Molli Corcoran as Lucy and Carly Squires Hutchison as Sally were also particularly charming.

Tyler Todd Kimmel is Schroeder and Sam Vance is dusty ol’ Pig Pen; together they provide the live music, deftly handling the iconic Vince Guaraldi jazz tunes. Scenic designer Rick Lorig created a delightful background that allowed the cast to really seem as if they came right off the funny pages.

A Charlie Brown Christmas is directed by Karen Lund and is adapted for the stage by Eric Schaeffer. It appears at the Taproot Theatre’s Jewell Mainstage through December 26. The Taproot lies in the heart of Greenwood at 212 N 85th Street. For ticket information call 206-781-9707 or go to www.taprootthreatre.org.