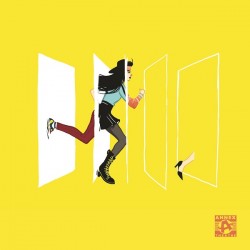 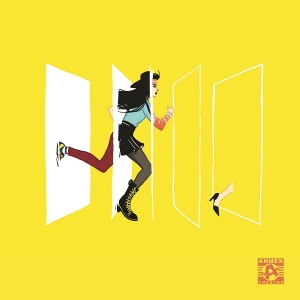 Chaos Theory, a quirky laugh-out-loud play about a woman in her mid twenties heartbroken from being left by her longtime lover, opened at the Annex Theater this weekend. Directed by Pamala Mijatov, the play written by Courtney Meaker was intimate, polished, and had the audience feeling as if they were a fly on the wall of a hilarious sitcom.

Best friends Bach and Seth do their absolute best to pull their friend Frannie up and out of the post-breakup dumps. Luring her with a book titled “Chaos Theory: And Other Dimensions,” the trio of best friends resolve to build a machine that will help them travel to parallel universes in an effort to move on to a different life. When Frannie initially suggests this endeavor, Bach enthusiastically agrees, “I could rearrange my schedule to do some universe-hopping!” Traveling to different lands will fix all of their problems, or at least they hope so.

When Frannie’s ex wanders back into their apartment as if nothing was wrong, Frannie has to decide whether Mack is actually back or if she is a projection of Mack from a parallel universe. Though the play has a blatant speculative science-fiction slant to it, it is surprisingly and refreshingly character-driven. The play grapples with ideas of perception of reality, time relativity, gender binaries, friendship dynamics, and heart-wrenching moral dilemmas.

The timing of the actors was impeccable, as was the diction and expression. Every word was heard, which is quite a feat considering the loud and frequent outbreaks of audience laughter throughout the duration of the play. The cast was small, well-selected, and strong. Thanks to Meaker’s smart writing and the excellent cast, the play had me wishing I could be friends with Frannie, Seth, and Bach, and be a part of their quick back-and-forth verbal banter. Evelyn Dehais’ performance particularly stuck out to me as she had a lot on her plate with portraying Bach, a character who was born female but later reinvented himself with a masculine identity. Bach played the character well, endearingly, and stole the show in my book.

Prepare to have your brain twisted into a pretzel with ideas of alternate realities and parallel universes. Though the events of the play were confusing at times, the writing and acting never felt pretentious or overbearing, because the characters felt just as confused and conflicted as I felt sitting in the audience. Reminiscent of Inception, the ending will force viewers to make their own mind up about what really happened, what is about to happen next, and whether the characters are actually experiencing reality or the alternate realities of a parallel universe.