Until the Flood -Reminiscences of Ferguson and Michael Brown 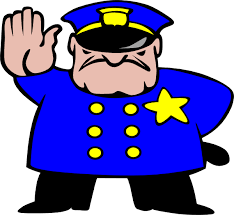 Until the Flood, a series of monologues, by observers of the Michael Brown protest in Ferguson Missouri, opened this week at Harlequin Productions in Olympia. Written by Dael Orlandersmith, it was a collage of insightful, eloquent, uniformly well-delivered monologues from a diverse group of residents of the Ferguson area, each giving their heart-wrenching reactions and perspectives. They were not always pretty, but they were always informative. 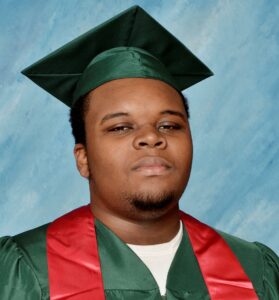 Michael Brown poses for a photo in his cap and gown taken in March 2014. Brown was shot and killed by police in Ferguson, Mo.

Opening was Michelle Blackmon, as Louisa, a schoolteacher, who in her youth had escaped the provincialism of Missouri for New York City in the liberating 1960’s, but had come back. Her monologue served as an “exposition” for the explosive racial context, as she recounted the Jim Crow laws and customs, she experienced as a young person, only to see their resurgence in a different form, late in life. As a mimic, recounting less than pleasant conversations with white people, she was on top of the form, and her internal conflicts in trying to understand the horrible tragedy were moving.

Along with several black observers, were two white character, played by the same actor, who discussed their reactions, although it took me reading the program several times after the show to work out that it had been double cast, rather than a mistake. Gerald B. Browing played Rusty, who articulated the hatred and fear white cops feel, when they have guns in their hands, as well as their remorse over killing a person. As Dougray, a man who lifted himself up by his bootstraps, but was still engulfed by the PTSD of his violent childhood, Browning articulated the fear that engenders racism among the vulnerable posing as powerful individuals. Browning’s performances were tour-de-force, uncomfortable but revealed volumes about the psychological forces driving racism.

Then there was Vincent Orduna’s delightful monologue, as Reuben, in which an older successful black barber, full of wisdom, takes on the condescending assumptions of bleeding-heart liberals with rapier sharp wit and profound insight. It was just to die for and full of comic relief.

In a play where it appeared there were lots of doubts, questions and no definite answers, the contrast of two characters’monologues actually did clarify all doubt. Brandon JonesMooney played two teen-age characters, Paul and Hassan, who were opposites but experienced the same sort of treatment by the white police in Ferguson. As Hassan, a badly dressed, baseball cap wearing, slang-talking kid from a fractured family background, who has no aspirations other than to hang around, gets severely and unjustly harassed by the police. But of course we imagine that if he had dressed differently, spoke differently or behaved differently, he might not have been a target. Unfortunately, as Paul, a bespectacled, well-dressed, well-spoken, well-behaved, studious kid from a good family with American Dream aspirations he gets similar harassment just for carrying library books home from school. This double casting and contrasting experience reveals the basic problem; it doesn’t matter how you behave, look, speak etc. as long as you have a black face, you will be unfairly harassed.

JonesMooney also had a bit non-speaking part as a patron in the barbershop which was hilarious, although he did not take much focus off the main character, his non-verbal reactions to the dialogue were poignant and communicated volumes to the audience. Whenever he was on stage, his mere presence was impressive.

Director Faith Bennett Russell brought out the best in the cast as well as the script and did not neglect the humor, love nor comic relief. Keith Jewell’s sound and John Serembe’s video design both added a lot to the production. I heartily recommend this show, not only because we all have to deal with this historic event, and all the similar events it represents, but also because it was highly enjoyable.

N.B. Vaccinations certificates and masks are mandatory for entrance