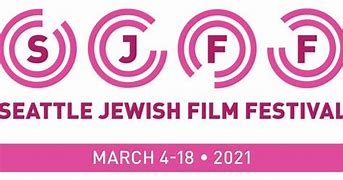 During the two-week run, SJFF will feature 18 streaming films to lift your spirits, rouse belly laughs, and make you smile from ear to ear—from beginning to end, from Opening Night to Closing Weekend. Comedies, love stories, tales of triumph and overcoming adversity will joyously bring our community virtually together again, even though we’re far apart.

Tickets are on sale now and will be sold under a one ticket per household plan.  For more information go to www.sjcc.org.