Music is everything in Charlie Parker’s Yardbird

The great Miles Davis once said, “You can tell the history of jazz in four words: Louis Armstrong. Charlie Parker.” For a man that had such a short life, Parker died at the young age of 34, he had a massive impact on the world of jazz and the development of bebop. He lived a turbulent and tempestuous life filled with multiple marriages, substance abuse and, above all, a fierce devotion to his craft. Though opera might not be the first medium one might think of to depict the life of legend Charlie Parker, with a jazz infused score and 21 non-chronological scenes, Director Ron Daniels has brought to the Seattle Opera stage an exploration of a character on par with some of opera’s most complicated and celebrated figures. 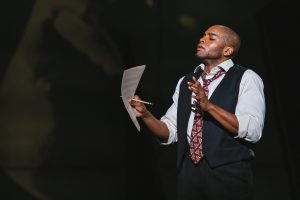 The opera begins even before the overture with the deceased body of Charlie Parker laying unattended under a sheet. The audience is milling around and the normal pre-show murmur mixes with the sounds of the orchestra warming up. The apathy and disregard shown to the remains onstage is a stark contrast to the 21 scenes to follow filled with all the people who cared about and loved Parker once the opera truly begins. 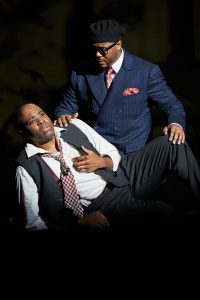 Charlie Parker’s Yardbird revolves around the titular character and the loves of his life that orbited around him. Parker’s life and relationships are explored through his mother Addie Parker and his wives Rebecca Parker, Doris Parker, and Chan Parker, the Baroness Pannonica (Nica) de Koenigswarter, and Dizzy Gillespie. In the end, Charlie realizes that the true love of his life was his saxophone and the music he was able to make with it. And with the hauntingly beautiful lines of Paul Laurence Dunbar’s poem “Sympathy”, Parker is finally at peace and is able to cross over. 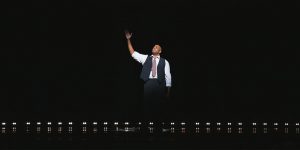 The herculean task of navigating this challenging score and complicated storytelling structure lies largely on the shoulders of Charlie Parker sung exquisitely by Joshua Stuart (played by Frederick Ballentine on alternate performances). Stewart beautifully rides the very delicate line between jazz and classical vocal styles. His tenor is easy and expressive and he rides the waves of chaos and emotion while remaining true to the character. 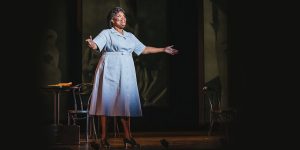 Another standout performance is Angela Brown as Angela Parker, the worried yet proud mother. Brown has a big and meaty soprano and the pathos and love come through as she cries “That’s my boy, what a joy! My boy is King of Sax.” In a smaller but none the less important role is Dizzy Gillespie sung by Jorell Williams. He has a bright and nimble baritone and his presence onstage is luminous and welcome. 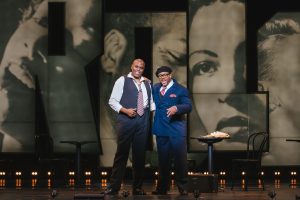 Composer Daniel Schnyder and librettist Bridgette A. Womberly chose a non-linear, fractured framework to tell Charlie Parker’s complex story. Parker’s virtuosic and elaborate playing style is mirrored in the unique form of the opera. Schnyder’s score is an amazing combination of jazz, classical and modernist styles. The orchestra, under the capable baton of Conductor Kelly Kuo, is able to stretch some new and exciting muscles and they do it magnificently. Unfortunately, the libretto is at times clunky and heavy on the exposition and the vocal lines suffer because of it.

What is evident within the 90 minute opera is that there is some serious talent on the Seattle Opera stage. While not all of the elements are totally successful, Schnyder, Wimberly and Daniels are finding new ways to tell stories in opera and that should always be celebrated. 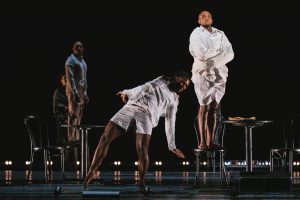