“Provocative title aside, it is a serious, compelling, and timely theatre piece.”
Tyrone Brown, Director and Producer

Brownbox Theatre: Re-Imagined Black Theatre is proud to present the premier of Black D*ck Matters, by Kathya Alexander, award winning co-writer of Black to My Roots: African American Tales from Head and the Heart. According to the press release “It is a series of monologues that explore: 1) why Black d*ck matters 2) Black manhood in the context of American history 3) how Black male intimacy is intrinsically tied to social injustice and oppression 4)Black male relationships since the #BlackLivesMatter movement 5) how police brutality, and the criminal justice system are all common experiences for Black men regardless of their social standing.”

The playwright, Kathya Alexander was a Writer-in-Residence at the prestigious Hedgebrook Women Writer’s Retreat and won. She was also awarded Freehold Theater’s Diversity Scholarship. As Literary Director for Brownbox Theater: Re-Imagined Black Theatre, she has written several plays including the Fringe First award for Black to My Roots: African American Tales from the Head and the Heart at the Edinburgh Festival Fringe in Edinburgh, Scotland for Outstanding New Production and Innovation in Theatre.
Kathya’s writing has appeared in Colors Northwest Magazine, Raising Lily Ledbetter: Women Poets Occupy the Workplace by Lost Horse Press, Arkana Magazine, and the Pitkin Review. She is the author of Angel in the Outhouse; God the Mother: A Creation Story; and the God the Mother Calendar. She is currently a storyteller at Capitol Hill’s Olive Way Starbucks on the last Thursday of every month as part of Aunt Mama’s Story Table. Kathya is a member of the Creative Advantage Arts Partners Roster, the African American Writers Alliance, PEN America, and the Seattle Storytellers Guild. 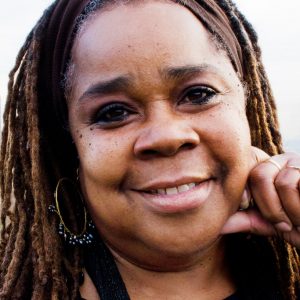 There will be two performances only