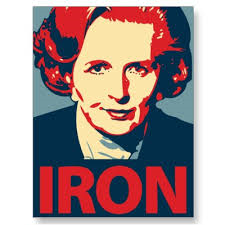 Battle of the sexes: A Nouveau Riche woos a Do-Gooder.

The date, 1995, when David Hare’s play Skylight, now playing at ACT theatre, first opened in London is highly significant, being the twilight years of the glorious reign of Thatcherism. In many ways, the play, ostensibly about whether a couple will rekindle their relationship, is actually a metaphor for two different perspectives to the Thatcher/Major years. Right down to the Tesco “carrier bag” the details and especially the wit are very English, but it has universal resonance

Brilliantly staged in the round by John Langs, I felt at times as if I were a secret agent spying on the couple through a peep-hole. Skylight opens as Kyra, an attractive 30ish woman, comes home at the end of the day, only to have Edward, an 18 year-old come to visit unexpectedly. Due to the skill of the playwright and the director, the audience immediately suspects a complicated subtext to their awkward conversation, as we try to guess the relationship between the two.

As in a Sherlock Holmes tale, the audience is given several obscure, but intriguing clues as to why Edward, who has been bewildered by Kyra’s estrangement from his family, requests that Kyra minister to his father’s emotional decline, after the death of Edward’s mother. Kyra’s cagey responses and indirect reference to an affair with the father, Tom, tantalizes us even more. Of course, after Edward departs, Tom,-a poster-boy for Thatcher’s “enterprise culture,” shows up.

Ostensibly what ensues is a long conversation, pre-and post coitus, explaining how the two got together, how Kyra was entwined in Tom’s family, why their six-year adulterous affair ended, and why Kyra has chosen to live a very different life. However, the conversation is really about Thatcher era class conflict.

Judging by accent, education, values and indifference too central heating, (probably because she grew up in a solidly built house with sufficient gas-fires and an absence of rising damp) Kyra was raised in a solid but stifling professional middle class provincial family; their source of wealth was not trade. Tom bootstrapped his way up from poverty and is a restaurant/hotel tycoon, recently widowed from a former model. With pride, sarcasm, wit and profound insight, he professes all the vulgar values of the nouveau riche as he takes the mickey out of do-gooders who think that discomfort bestows virtue. Literally, Tom’s lines, expertly delivered by Daniel Gerroll, kept the audience rolling on the floor with laughter. (and kept me scribbling in my notebook, they were sooooo memorable)

In a post-coital chat, which becomes nasty, they battle out their differences in completely unsympathetic and uncompromising ways. Kyra sounds exactly like the narrow-minded well-heeled quasi feudal Labour supporting Guardian readers, who slammed Thatcherites, but never saw the merits of someone who actually wanted to turn the U.K. into a meritocracy of hard-working people, which was the positive side of Thatcherism.

On the other hand, Tom never quite accepts the consequences of his one dimensional pursuit of making money. He also displays a narcissistic attitude in his relationship with Kyra as well as in his attitude to the less fortunate; very similar to the negative side of Thatcherism.

What did not come out in the conversation, which is perhaps understood by a British audience of that era, and explains why there is so much discussion about central heating, is that people of Tom’s age and class often didn’t even have bathtubs or running water, so the battle about central heating was not just about luxury vs a modest life style but about basic comfort vs inconvenience and squalor. (N.B. even in the mid 1970’s there were still communal outdoor toilets in working class areas in the U.K. as well as public baths because not every house had a bath or shower, and there was no insulation. Rising damp and mold in brick houses built at the beginning of the Industrial Revolution was still a very real problem)

Another layer of conflict, which comes out in their chats, is how different men and women are. The dialogue was right in line with the famous marriage counselor Dr. John Gottman, who used physiological data to explain why men are so loathe deal with conflicts and discuss feelings. Although oozing with charm, intelligence and energetic bon mots, Tom is self-centered, and cannot talk to his own son about his emotions; referring to their failed attempts to do so as “Men’s tennis. There are no rallies.”

Both actors, Daniel Gerroll as Tom and Elinor Gunn as Kyra put in tour-de-force performances in what was essentially a very long two person play. Under John Langs expert direction the comic timing was precise. Both actors handled their long monologues with aplomb. As Kyra, Elinor Gunn, managed to portray a vulnerable yet mature woman.. Gerroll was particularly talented at dry throw-away sarcasm.

The play itself has an odd structure, because the exposition comes in the middle, and drags down the second scene by telegraphing the audience the details of the complicated relationships between Kyra and Tom as well as the close friendship between Tom’s wife and Kyra, but it is a minor point.

Although there was plenty to laugh at and I mean plenty, the playwright astutely poses the perennial question we all face in life. Which path do we choose? Doing good and poverty? Or do we dedicate ourselves to the great god Mammon? Neither of the characters in the play had found a balance.

Skylight may sound like a serious play, as it is, but the overall effect on me and the rest of the audience was delightful laughter, it was a great credit to John Langs’ directing as well as Ms. Gunn and Mr. Gerroll, two very fine actors. Get your tickets now, before it sells out.

Powerful Crucible Arrives at the ACT
October 23, 2017
© 2023 Drama in the Hood. All rights reserved.
Site Design