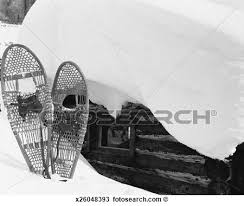 Bride Stumbles into a Remote Cabin in Alaska

In these days of endless agonizing political hand-wringing, React Theatre offers a brilliant antidote. Brilliant Traces, a delightfully tragic and tragically delightful two- person play, now playing at the Prima Vera Arts Center is guaranteed to get your mind off the election as you laugh as well as cry in this tale of love and loss

Written by Cindy Lou Johnson, and first performed over 25 years ago, this short 90 minute play about two refugees from life’s tragedies serendipitously find each other in a remote cabin in Alaska, in the middle of a horrendous snow storm and horror of horrors, have to actually socially interact with each other for a few days.

Rosannah, played by Francesca Betancourt bursts unannounced into the front door of a remote cabin, while the wind is howling outside, dressed not in snow gear, but in a wedding dress and veil. After launching into a fairly incoherent monologue and then collapsing onto the floor, the bewildered occupant of the cabin, Henry Harry, undresses her as gently as a nurse and puts her to bed.

Over the next day, the two of them engage in a long conversation which boomerangs back and forth between emotional connection and petrified fear of intimacy. They both have a big secret: Why is she a runaway Bride? How did she end up in this cabin in Alaska? Why is he living as a hermit? Is she totally mentally deranged? Is he a seriously deranged psychopath?

Between the intriguing yet bizarre dialogue and the superb delivery by two very capable actors, especially Cooper Harris-Turner as Henry Harry, the audience is treated to 90 minutes of sheer verbal eccentricity by two very vulnerable characters whose creator, Ms Johnson, has written a sublimely creative script. Ms. Johnson’s metaphors and poetic imagery are fresh, interesting and keep us sitting in our seats, while the two just talk, for 90 minutes.

Brilliant Traces was staged in a new performance space: the Prima Vera Arts Center, which is small and rather confined, which made it perfect for a play which takes place in a small confined cabin. At first I thought that there might be problems with sight lines, but it was all staged, by director David Hsieh, so that nothing was lost at all. As a director, Hsieh is to be commended for the expert comic timing; a number of one-liners just made the audience fall on the floor with laughter. For anyone who has ever lived through horrible blizzards, the sound effects by Robertson Witmer, were 100% authentic.

This play had a great mix of drama and comedy. There is nothing funnier than two eccentrics having a conversation. Also this play has a special combination of both tragedy and comedy as two very wounded people try to avoid talking about their wounds.

Book your tickets well ahead of time, as the seating is limited.