Ruth and the Sea 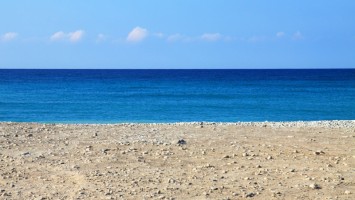 What Idea? That our Divorce is on the Rocks!!!!

Emotionally one of the most difficult aspects of divorce must be: How does one deal with the fatal long-term illness of one’s ex-spouse? This is one of the themes of the new play, Ruth and the Sea by Morgan Ludlow, produced by Pacific Play Company, now playing at Annex Theatre.  One of the other themes is : What do you do in the last weeks of your life?  Play the good patient or let loose and live?

The play takes place mostly in Oklahoma City around Christmas time, where elderly Ruth has been separated from her husband music professor John for many years, but since the death of their only child Jack, they have started having dinner  every Sunday.  Lurking around the perimeter is their heroin addicted only grandchild Noel, whose Spanish speaking mother, Mona seems to be the only one taking care of Ruth and knowing that she has cancer.

In the end, Noel is the one who facilitates her wish to go back to California to see the ocean once more, so  the two eventually set off on an adolescent style road trip through Las Vegas, all unbeknownst to the staid husband.  Along the way, they meet one of ne’er do well Noel’s ex-girlfriends, and throw caution to the wind.

It all ends happily with Ruth being able to romp in the ocean and experience happiness before dying, unfortunately none of the family conflicts, which had been introduced were resolved, which was the main weakness of the script.

On the other hand the director Maureen Hawkins assembled an excellent cast, Ruth was played by Ruth McRee, a very able actress, along with David S. Klein. Between the two of them they delivered some extremely funny but insightful dialogue, which was the best part of the script.  Other stand-outs in the cast were the beautiful and talented Eleanor Moseley as the daughter-in-law, Erin Ison as Jamie an aspiring Country and Western Singer and Lori Lee Haener in a variety of hilarious character roles which brought the house down in excessive laughter.

Although the author started out with some promising given circumstances while introducing several profound family conflicts, he never did resolve them and the play lacked focus. One never quite knew what it was about.  Like many modern plays, it was more of a movie script, since many scenes were short with too many cumbersome scene changes slowing things down.

If you can subsist on scintillating repartee, from two of Seattle’s best Elderactors, Klein and McRee, I would certainly go see this play; however, the structure of the script needs some tightening up.