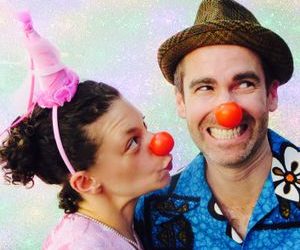 Marisol Soledad opened a one-person show at 18th and Union, Here at Home, as part of the Springshot festival. The highpoint was her costume, which demonstrated that with a little big of imagination, an effective costume can be put together on a low budget. I think the basic idea, was that she was trying to present her clown persona as a bird. Her costume and her physicality certainly were effective in suggesting that.

AGUE: A Body Horror at 18th and Union

One of the seven shows as part of Springshot A gue, (noun a fever or shivering fit,) opened this past weekend at 18th and Union. Written and performed by José Amador, it tells the tragic tale, which we hear so often in contemporary times: that of being laid-off, loosing health-care benefits, slowing sinking from couch-surfing to homelessness, while being seriously ill without health insurance.

Drama in the Hood is about both today and tomorrow when it comes to the theatre scene in the South Sound. Toward that end, we are recommending our readers support and patronize Tacoma’s Woodrow Wilson High as they present their rendition of “Disney’s Beauty and the Beast.” This “tale as old as time” is cast […]

Gin Hammond by John Ulman.
Past

Returning the Bones at Erickson

While Book-It Repertory Theatre might be known for adapting novels to the stage, it seems appropriate that in their production of Returning  the Bones, playwright Gin Hammond’s one woman performance of her remarkable aunt’s experience as a female black medical student, would push some of its own boundaries as well. While Hammond is currently […]

Michel just can’t get a break