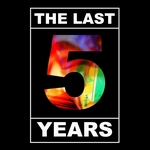 “Jamie is over and Jamie is gone”

Act I, Scene I, Moment I – The Last Five Years

Spoiler alert – this show does not have a happy ending. And these heartbreaking opening lines to Jason Robert Brown’s The Last Five Years let the audience know right away not to expect one. Brown has written and composed a beautifully tragic exploration of a five-year relationship between Cathy Hyatt (played by Lia Lee) and Jamie Wellerstein (played by Cooper Harris-Turner). The show begins with Cathy who is mourning the end of her relationship. She then continues backwards through the love story, ending where it all began. Jamie, conversely, moves in typical, chronological order through the romance, ending at the end. Their timelines cross only once at their wedding.

In ReAct Theatre’s production currently playing at 12th Avenue Arts, Director David Hsieh has done his best to mitigate some of the more challenging aspects of this unconventional musical. With the addition of some ensemble members (Anna Saephan, Kim Anh Yanda, and Alan E. Garcia) stepping in for multiple supernumerary characters, as well as bits of added dialogue and many costume changes, this crew has done their best to make explicit what can be (and often is) a hard to understand storyline.

The most important tools used to tell a clear and compelling story on this stage, however, are the two actors playing our ill-fated lovers. Lia Lee begins a broken woman. She is introverted, reserved and apprehensive. As we track her backwards through the relationship, she becomes increasingly more joyful, open, and vulnerable. While some of the (ridiculously hard) vocals seemed to be out of Lee’s range, she brought sweetness and light, and a clear vocal tone to what can often be a clichéd character. On the opposite side of the coin is Cooper Harris-Turner who starts out super confident and enamored with his own charm. He gives a convincing turn to the harried and weary man who ultimately ends the relationship. Harris-Turner has a voice tailor-made for the pop/rock stylings of Jason Robert Brown. The tone is easy and sexy with just the right amount of grit and it serves him very well in this demanding role.

While this is not a perfect production, the efforts to uphold ReAct’s mission to use “primarily non-traditional and multi-ethnic casting” and “to give artists of all skill levels additional opportunities to train and work together” should be commended and lauded. It is clear that an enormous amount of work and passion has gone into putting on this ambitious and heartrending musical.

The Last 5 Years is playing at 12th Avenue Arts through March 10, 2018. Tickets can be purchased at https://www.brownpapertickets.com/event/3190612. More information on ReAct Theatre, The Last 5 Years and other productions visit http://www.reacttheatre.org/index.html.