Beautiful Theory: Proof Talks You Through It 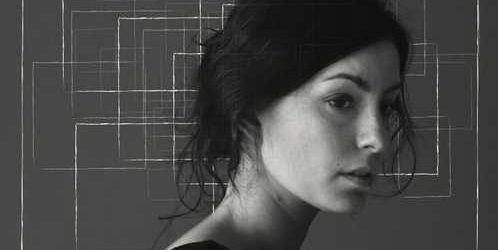 Proof, written by David Auburn and directed by Greg Carter, is The Strawberry Theatre Workshop’s ensemble’s beautiful, suspenseful stage production. The plot follows the decline and death of a math genius, Robert, and its unexpected impact the lives of his daughters, Catherine and Claire.

Made into a movie in 2005, Proof explores caretaking, family devotion, women’s roles, and the value of proof and certainty, even in intimate relationships. The play portrays the mathematician mindset and illustrates a loving family’s handling of mental illnesses.

The daughters, Catherine and Claire, are competitive over their father’s care as he ages into psychosis. Resentments simmer as Claire provides material support while Catherine has devoted her life to caring for her dad, who is her closest companion and enduring mentor in her own stunted Math profession. Several years prior she had given up her once promising graduate studies to care for him; this decision still haunts her–and him.

Throughout the play, the bare bones tech elements of Craig Wollam’s set design, Melanie Wang’s graphic design, and Katherine Stromberger’s costumes greatly enhance and enlighten the drama. String music sets the tone for each scene (whether it is haunting or as light as a spring day), and images of waves, water and trees create moving transitions. The most gripping tech moment is the opening of the play, which takes place on an old porch, in front of Robert’s home. In the opening blackout, heavy piano music and lighting changes create a dark, somber tone that pulls the audience into Catherine’s depressed state.

The author, actors and tech elements of this play do not flinch from depression and tragic mania. But from the starting point of mental illness, the play shows us a sweet, bantering, father-daughter love and the high quality of life that is possible when people are passionate about their work.

Anastasia Higham is gripping as the dynamic and subtle Catherine, the depressed, funny and self-willed caretaker of her professor father. Charles Legget is the graphomaniac Math professor, Robert. His performance is delightful in its portrayal of Robert’s innocence, touching in his relationship with his daughter, and tragic as his brilliant math mind disappears into a string of gibberish.

Hal, played by Kevin Kelly, adores Catherine and idolizes Robert as a mentor and researcher. Kelly’s performance is quite convincing as he presses for permission to review the many notebooks in Robert’s house and legitimize the math theory that he hopes they contain. Allison Standley’s fascinating performance as Catherine’s sophisticated sister, Claire, captures the internal conflict in family members who support those with mental illness. The suspense and tension in her performance keep things moving.

This superbly acted play offers evidence that depression and grief can shift, grounds for certainty can be established, and love can heal wounds.

Those concerned with the mentally ill and elderly would enjoy this play, as well as anyone who wants to see how a healthy family handles profound problems. And math experts, of course.
The audience left relieved, amazed, and inspired. “Wow” crossed the lips of many viewers on opening night. Proof is a moving, funny, and beautifully produced play; highly recommended.