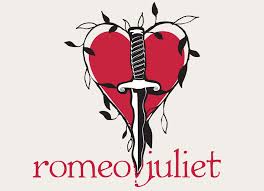 Recycled Shakespeare, Seattle’s newest Repertory Theatre, located in North Seattle, recently produced Romeo and Juliet, a play Shakespeare himself called a tragedy, but what actually has elements of melodrama.   Since everybody knows the story of the star-crossed lover’s and has seen the play umpteen times, any production needs a huge dose of imagination to sustain it for two and a half-hours without cuts.  In spite of some technical strengths, Brandon Brown’s production lacked both creativity and brevity.

The real star of the show was David S. Klein, a veteran actor whose vocal ability matched the complicated text, he was a pleasure to watch as Lord Capulet, a fairly minor character; he spoke the lines trippingly on the tongue, made sense of the text and was a pleasure to listen to.

Other standouts were Benvolio played by Rose Kinne, Mercutio played by Damian Westfall and Friar Laurence by Tim Platt.   For a make-shift church sanctuary, the set designed by a team of Brandon Brown, Matthew Jeffcott, Hannah Lemberg, Charlie Ostlie and Alison Wiles turned out very well, it served the complicated demands of the script and technically the director moved the actors around with great dexterity.

Unfortunately, the modern costumes and the blandness of the set did not add anything meaningful to our understanding of the play.   I did not come away with any new insights, new interpretations or fresh ideas about this overly produced play.

The real downfall was that most of the cast had diction problems and the three women playing Juliet, the Nurse and Lady Capulet had vocal problems and could not communicate the text to the audience in any coherent way; substituting screeching and mumbling instead. Any company that wants to continue to produce Shakespeare has to train the actors in voice; take a tip from the RSC, even with the best trained actors in the world, they have a full time vocal coach.

Very few plays should ever go over two hours, and this one was just way too long. All in all, I wish this company good luck.  Located in the theatrical desert of Crown Hill, it has great potential, but perhaps taking on Shakespeare at this point was a little bit of a stretch.