The Oregon Shakespeare Festival; One of America’s great theatre experiences 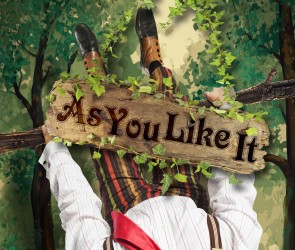 You say you love road trips, adventures with friends and families, swims in cold lakes on hot days, delicious food, and most importantly, beautifully imaginative theatre created by a company of brilliant professionals?   But you say you have NEVER been to the Oregon Shakespeare Festival in Ashland, Oregon?  Or that you haven’t been for a few years? Dear readers, you must seriously sit down and plan your visit to this remarkable place– arguably the most important theatre center west of Stratford-Upon-Avon, save, perhaps, Broadway. You will be nestled in one of Oregon’s most inviting smaller towns, mingling amongst devoted theatre goers and theatre makers, and seeing indoor and outdoor productions of fantastic performance.  For a lover of theatre, Ashland is a spiritual destination. If you are a relative newcomer to the performing arts, this is a perfect place for an thrilling initiation to all that theatre can be.

I have been attending Ashland, on and off, since I was about thirteen years old.  It has always held a certain magic for me.  Under the leadership of Artistic Director Bill Rauch, there are such exciting developments in programming, casting, and in the overall vision for OSF, that I get that a rush of that same intoxicating feeling I had as a youngster attending theatre in this town.  Rauch’s initiatives have reinvigorated the festival’s impact within the Ashland community, and have put OSF in a bright spotlight of leadership on the mainstage of theatre in the United States.

OSF is so much more than a summer Shakespeare festival.  Along with the Bard, the festival produces bold stagings of the western canon along with ambitious productions of critical plays that are establishing a canon of their own.  Fully staged musicals are a new part of the repertoire.  In addition, Rauch has committed to commissioning up to thirty-seven new plays dramatizing moments of change in American history.  American Revolutions: the U.S. History Cycle is in its third year, and this season offers two new works set in the tumultuous 1960’s.  Robert Schenkkan’ All the Way addresses the presidency of Lyndon Baines Johnson, and the radical movements of the Black Panthers and the Young Lords are poetically invoked in the collaboration entitled Party People.  These projects are representative of the company’s direction towards company created works, vigorous integrations of fiction and history in storytelling, and collaborations between the OSF company and theatre artists working independently across the country.

OSF is one of the oldest and largest professional non-profit theatres in the nation. Founded in 1935, the Festival has grown dramatically from its beginnings as a summer festival with an outdoor Elizabethan stage.  Past its silver anniversary, OSF shines for its fully realized sustainability, while also sitting at the center of Ashland’s tourist and artistic economy.  OSF’s longevity is a testament to excellence in theatre, effective management strategies, and devoted communities of audiences and artists.  Eight and a half months each year, OSF’s three theaters are filled with a rotating repertory of eleven plays, and the town is bursting with the company’s education programs, activities on the Greenstage Community Stage,  and workshops in the beloved Black Swan studio.  With budgets exceeding $26 million, OSF is able to present, according to its mission statement, 780 performances annually with attendance of approximately 400,000.  These budgets also support a  company of more than a hundred actors, twenty resident artists, and hundreds of designers, technicians, administrators, educators and craftspeople of every stripe. The stage visions are fully achieved with glorious designs, ingenious technology, and production stage management that makes everything else possible.  The opportunities for attendees of the theatre to get involved with the development and support of the work is the best model I’ve found for engagement between the makers and the supporters of performance.  Ashland nurtures a well-established crop of theatre makers and theatre lovers, while also cultivating a new generation of both.  The Festival is an great American treasure of theatre arts.

OSF is in the second half its 2013 season, with plays continuing to run until November fourth.  The indoor elegance of the Angus Bowmer Theatre houses four plays running in repertory.  Audiences can see Romeo and Juliet set in “Alta California”, 1849,  by longtime OSF actor/director Laird Williamson.  Seattle’s Allison Narver has directed a spectacular version of the Marx Brothers’ musical Animal Crackers, and Bill Rauch, along with longtime associates of the Cornerstone Theatre remounted Medea/Macbeth/Cinderella, an insanely ambitious interweaving of this trilogy of mythological stories.  Shenkkan’s masterful All the Way is the last offering of this year’s season in the Bowmer.  The outdoor Elizabethan Theatre, affectionately known as “The Lizzie”, is an architectural homage to the Bard’s own venue.  With performances only in the evenings after a day’s blistering temperature cools, audiences can see a twentieth century Henry V,  a corn(y)-chowder version of Falstaff’s comedy, dubbed The (Very) Merry Wives of Windsor, Iowa, or a musical dream of an Elizabethan world in As You Like It.  The New Theatre is an entirely modular space seating 200-400 patrons, depending on configuration and design.  Troilus and Cressida is set during the U.S. invasion of Iraq, and directed by Rob Melrose.  Party People is a challenging collaboration with the theatre company “Universes”, which hails from Puerto Rico and The Bronx, New York .

Under Bill Rauch’s strategies, OSF productions have moved to theatres across the country, including the groundbreaking Brooklyn Academy of Music, San Diego’s La Jolla Playhouse and D.C.‘s Arena Stage. Rauch is well-known for his passionate dedication to diverse representations in theatre making, both onstage and off, and his tenure at OSF reflects this commitment in refreshing ways.  The OSF experience is alive, urgently relevant, shamelessly entertaining, and committed to great theatre in all its inventions, at every turn.

OSF’s central mission statement reads as follows:
Inspired by Shakespeare’s work and the cultural richness of the United States, we     reveal     our collective humanity through illuminating interpretations of new and classic plays,     deepened by the kaleidoscope of rotating repertory.

If only every theatre could have such a clear statement of purpose.  It is a kaleidoscope of people, art and community, and one of which you may want to be a part.  Don’t let concerns about expenses get in your way.  You can do Ashland and the Festival with a lot of luxury, but if you are looking for a journey that minds its expenses, consider looking beyond the obvious.  After Labor Day,  Ashland is a lot more accessible.  Check out affordable motels, the local hostel and camping.  There are markets with great food, so try to get a place with a little kitchen if you can.  Tickets can almost always be found out “on the bricks” (the circular gathering space that serves as a large outdoor lobby for all three theatres, the members’ room and several cafes) as people gather pre-show.  A couple of hours before each curtain there are rush tickets available for empty seats, plus people are seeking and selling tickets.  Cherished ushering spots go to dedicated volunteers.  There is always a way to see or become part of great theatre.  The Oregon Shakespeare Festival is a place where you will feel a part of something very special indeed.

Soon to follow: Woolfe will post a composite review of Animal Crackers, The (Very) Merry Wives of Windsor, Iowa, Party People, All the Way, and As You Like It.  Stay tuned.

Go to www.osfashland.org for full schedule of the remaining 2013 season.